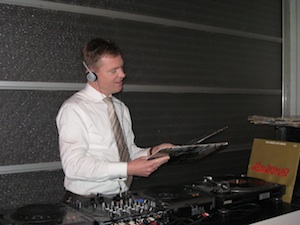 Our mayor (a real one, not on Foursquare) Peter Rehwinkel spinned some records yesterday as an intermezzo to the political debate we had. Especially the Top 40 hit ‘Alors On Danse’ got some hips moving. The rest of the 60 minutes consisted of Joop Atsma being sharp when he had to, Betty de Boer and Fleur Gräper unable to solve the questions surrounding nuclear powerplants and Hyena Gijs with an hilarious column.