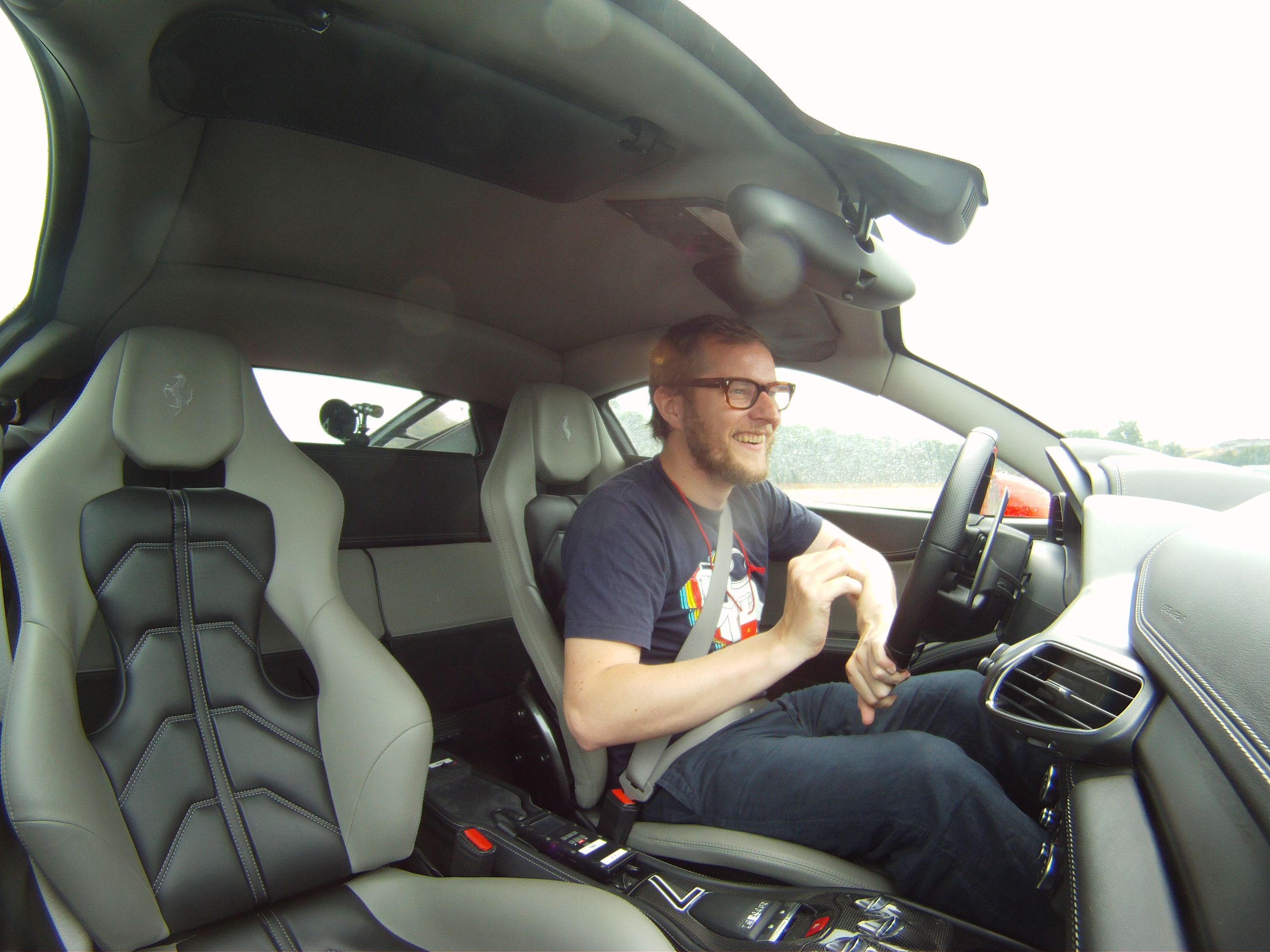 When I was 13 or 14 years old, my arts teacher asked us to draw a portrait of ourselves as adults. What I drew was a guy with a 5 o’ clock shadow, two Air Jordans on my feet casually on the desk and a big vault in the background. I imagined this would be the achievable high life. And drawing a vault isn’t too hard. I could have also picked a Ferrari F40 as a symbol for succes, but that’s so much harder to draw.

If you would have told me that 20 years on there would be a day where I could drive a Ferrari flat out on a circuit an entire day and eat free icecream in between, I would have never believed you. But, coincidentally, it happened. Yesterday.

Shell wants to tell the world that their relationship with Ferrari is not about just adding a sticker to the Formula 1 car. So they invited 18 journalists to the Ferrari factory, museum and Fiorano racetrack to learn more about the technical partnership between Shell and Ferrari. And I can tell you: Shell is nearly a division of Ferrari. Shell V-power for example was developed straight out of the Formula 1 racelab. Reducing friction and increasing power was the goal for Ferrari, Shell made it happen.

Now I’m not much of a Formula 1 fan, but heading into a garage where there were Formula 1 cars stored from the last three decades was pretty impressive. The next garage was filled with cars from the Corse Clienti. Mostly FXX and 599XX models that are bought by people that only use them on the racetrack and let Ferrari look after them.

But having a look is one thing, having a go is quite another. Considering Shells absurdly strict health and safety procedures (checking everybody has their seatbelts on in the bus, having people hold the guardrail when they walk the stairs and announcing there’s no firedrills and pointing to the exits in every building we entered) I did not expect too much from the track day. I imagined we would be driven around by Ferrari employees and maybe do a few laps behind a safety car.

Quite the opposite. While shifting up the gears, barreling down the straight, my italian instructor shouted: ‘Vai! Vai! Vai!. 200! Bravo! Now brake.’ I have gone around the Fiorano track more times than I can remember. I have powerslided the car on water and forced it back into a straight line by spinning the backwheels until it got me going into the right direction again. Simply put: I have had a blast in any sense you can imagine. And yes, after I got out of the car, there was ice cream. And if you had finished your ice cream, you got another one. Without doubt one of the best days of my life. More than I could have imagined 20 years ago.