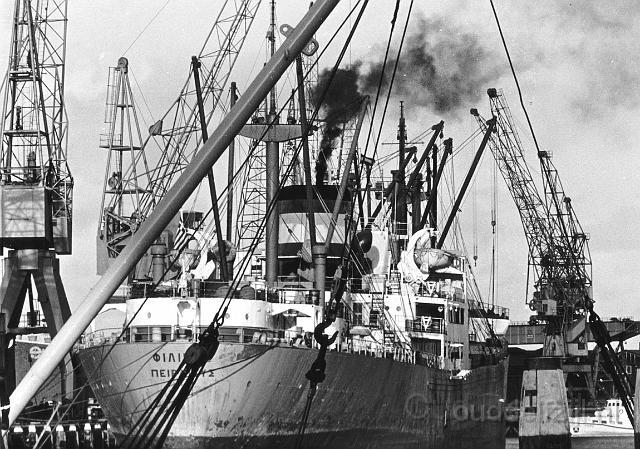 Last tuesday I interviewed mr. Damhof for the NNPC anniversary book. There’s something very thrilling about ringing a total stranger’s doorbell and asking him about his life. Mister Damhof told me all about the place he called home for decades: Delfzijl. His house overlooking the sea and how he was part of that sea from the moment he was born. Now he is living in an appartment overseeing a parking lot in Hoogeveen, miles from the sea. And though he says he doesn’t miss his stomping grounds, his house is filled with paraphernalia from his earlier days. Paintings and photographs of ships he has owned, a model of one of the ships he had built and explaining to me that I definitely should go to Borkum, he whipped out a sea atlas from a bygone era.

One interview down, 9 to go.