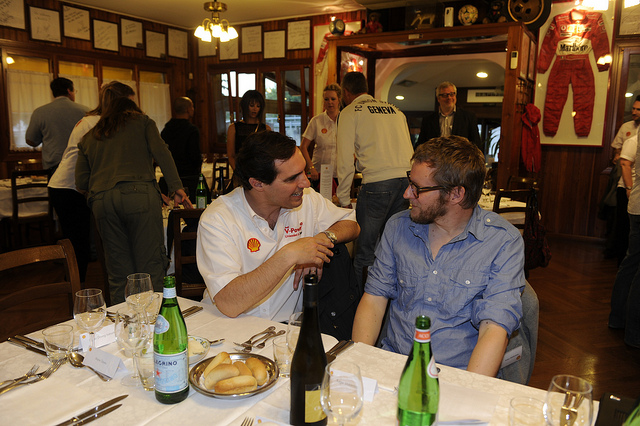 From a comfortable distance the world of ‘public relations’ seems a strange place. Basically P.R. companies are paid to be nice, cooperative and informative to selected people about companies that pay them. Call it what you want, but it’s what makes capitalism go round (and potentially land on it’s ass, but that’s a story for another day). So for example: a P.R. company tried real hard to get me to join Shell on a trip to Ferrari and explain their partnership. As a journalist you are flown over, put up in a nice hotel, eat like a king all day long and get the opportunity to talk to some interesting people from Shell along the way. Of course not because you’re such a nice guy, but because you could potentially write something about it. Post a blog, make a video, anything. And so I did. I’m working on a video about Shell V-power, mostly out of my own disbelief that the stuff can make any tangible difference. So I shot almost all of the footage in Italy at Ferrari, but I wanted an intro at my own Shell station up here near Winsum. So I drove down there, explained the situation and got sent back: I was not allowed to film myself putting gas in my own car. Now there’s a P.R. setback.