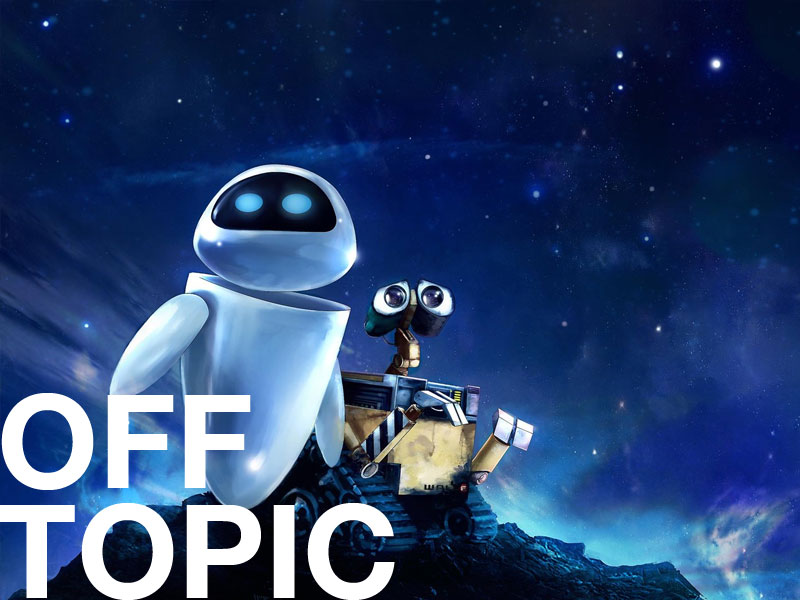 On the excellent Front Row Daily podcast I heard an interview with Andrew Stanton. Director of Pixar movies like ‘Wall-E’ and Finding Nemo. Here’s a few lines from that interview. (Full podcast here).

Do you feel a responsibility when the movie opens to get the budget back?
‘Yes and no. I only think about one thing. Steve Jobs taught me one thing. Just make a good movie. Put it all in the product that you’re making. And all these other things people are worrying about will actually solve themselves. If you start worrying about all these outside things, you’ll inadvertently kill the golden goose. That’s all we’ve ever done. That’s what he did with Pixar. He protected us from the outside and let us pretend that we were only making these movies for ourselves. Because if we were to follow any of the things people were naysayers about you would never have seen any of the movies that we made’.
You talk very positively of Steve Jobs, is that genuinely how you feel about him?
‘I worked closely with him for 15-18 years. He was the biggest influence on the entire company. The biggest thing that he taught me: it’s our job to know what people want before they do. You’re hired for your taste, not for your testing, not for your ability to guess what other people want. You’re the one that is supposed to be able to see past the horizon before other people can and go with your gut. You have a gift and the people I found myself with had a gift as a group. We could see a little bit past the horizon. And that’s what we capitalize on.

The opening of Wall-E was very bleak and scary for a movie aimed at children…
‘That’s were you’re wrong. Just assuming that I aimed it for somebody. You’re already wrong on your thinking. I just made it for myself. We’ve always said: we don’t consider who our audience is. Our audience is who we are. That’s the only honest way. I never thought the Beatles were trying to guess my demographic, I never thought Picasso was trying to test who the audience might be.  They are artists that have a calling, that have a vision that they’re just drawn to do. And whoever  happens to like that as well: come and see it. So I can’t even answer that question because you’re fundamentally wrong on that question.

You also know that you cant make a 215 million dollar film and get an R-rating.
‘I don’t know. If it’s that good you can. The truth is: if you make it good enough, you can do whatever you want.’

Being hired for your taste means you should develop it. How do you develop your taste? Start by looking at things, listening, trying.