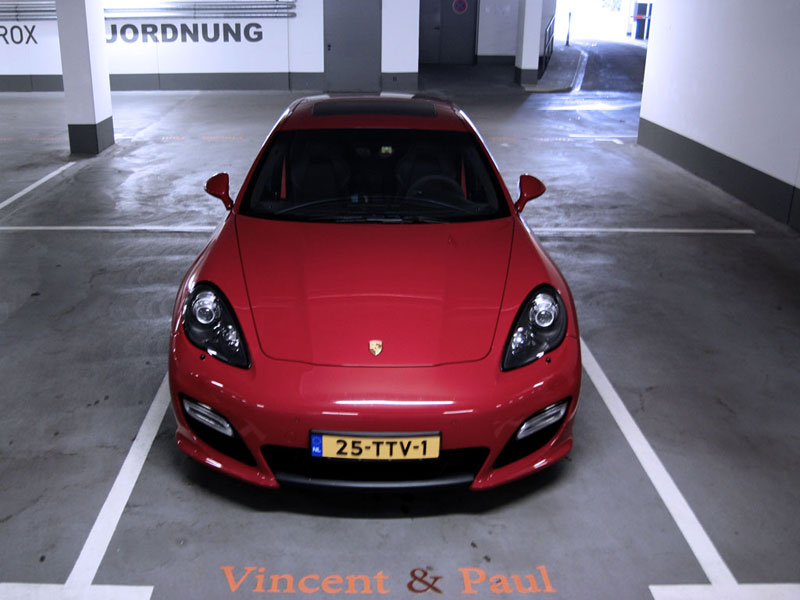 I’d been writing about cars for the Bright website for years. What concept cars interested me, who won an epic race, what new technology they’d came up with. A long distance relationship with a phenomenon that had captured my imagination for years. Up to the point that my editor asked me to write three articles for three issues of Bright magazine. The first subject was an electric bike. It was delivered to my house, I rode it for no more than 5 kilometers, because it sucked, and sat down to write my first big article. I felt like a million bucks.

Then I waited for my next assignment. Turned out: I had to come up with something myself. So this idea popped into my head: as a kid you dream of a sportscar, when you can finally afford one, it’s too small for you and your family. What if I reviewed a car that claimed to be both a true sportscar and family friendly. As far as I was concerned there were three options: the Aston Martin Rapide, the Maserati Quattroporte and the Porsche Panamera. The last being the best candidate, because it was truly like a 5 door 911. So I called Porsche and to my genuine amazement was told: ‘I’ll get the agenda and see where we can fit you in’. I said ‘yes, hahum, of course’. Picking my jaw back up from the floor. A couple of weeks later two men showed up at my doorstep with a Porsche Panamera 4S. Mine for 24 hours.

Of course it had snowed. That’s Murphy’s law in effect. So my plan to drive down to Arnhem and up the A31 in Germany was axed. I did however drive to Hilversum to pick up two friends and drive them back home in the snowstorm. I felt like 10 million bucks. The gas station attendant asking one of my passengers what car we were driving. A girl on a bike smiling at me. The sense of being in control of a car that will push it’s 2000kg forward faster than almost anything you will encounter on the road. I fell in love with that odd Porsche. For me it was the merger between childhood dream and all the real life applications you’d want a car for.

Since then I have driven a Ferrari 458, a Nissan GT-R and a Jaguar XKR-S, to name a few. So you’d expect my interest in the five door rocketship to be waning. But when Porsche’s Hannie Steeman told me I could drive the new Panamera GTS to the Red Dot Design Museum and back, I was ecstatic. None of it’s magic had faded and sitting in the bucket seats with a view on those 5 magnificent clocks in the instrument cluster was like I had owned a Panamera since january 2010.

I drove it on the Autobahn at 170 km/h most of the time. Somewhere in between the speed of a sports car and a family friendly hatchback. It will do 288 km/h if you feel your wife will get mad at you for being late for dinner. But I wanted the trip to last a little bit longer.