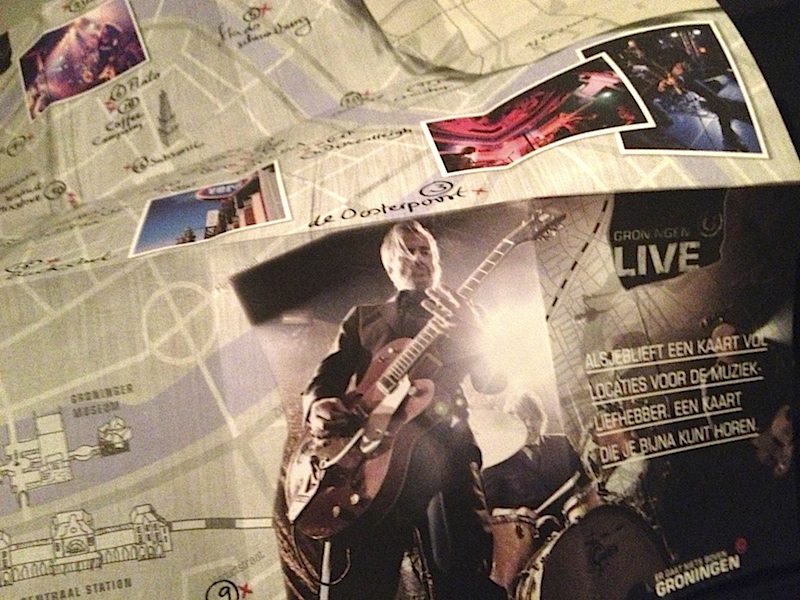 Groningen is a city where you can enjoy lots of different types of live music in a lot of different venues. To celebrate and promote this Marketing Groningen has initiated the Groningen Live label together with Eurosonic/Noorderslag. As a first sign of life a map of the city with venues had to be conceived, designed, printed and distributed. After first teaming up with Shoot Media for initial sketches and proposals, the final logo and map was made by Tiekstramedia. It was a trying and fun process trying to combine existing elements of the corporate image with the gritty feel of the local music scene. Between the question being asked and the printer having the machines running there was only one week! Helped by my knowledgeable Facebook connections I came up with well known and lesser known live venues in no time and then Hans Tiekstra’s determination to finish a job he’s started took over. Resulting in a genuinely nice map.